5 Ways to Stand-out in Your Job Search 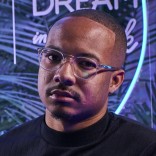 Are you someone who thinks positive about everything?
Do you think optimistic?

I recently caught myself thinking negative about some changes in my life.

Over the past month, some major decisions have been made for me that can change my life forever in terms of education. Immediately, after this decision was made I steadily said to myself that “This is not going to be good” or “This is not going to prepare me for the future.”  I was thinking to my myself, that leaving MICDS will not be good for me at all in the future. (An announcement of my departure from MICDS will be released soon.)

I started to discuss my negative thoughts with my grandmother in Miami. She constantly said, “don’t think negative, think positive, because your thoughts control the outcome of your situation. God already has your plan together, he’s already placed his stamp of approval on it. If he wants you to be at that school, then he’ll keep you there.”

How do my thoughts control the outcome? I thought God already had it all planned out.

There is no way that my outlook, or my attitude on a situation will determine the outcome.

I’ll just act like I’m happy on the outside, but on the inside I’ll actually be upset. This is how I was thinking to myself. I was allowing my anger to build on the inside, and stress me out way more than I needed to be.

On Sunday, I saw Joel Osteen of Lakewood Church on a Cable Broadcast, then I followed up watching him on Oprah’s Life Class.

On the broadcast, Joel discussed how one’s thinking can change an outcome.

This can not true. Is Joel really talking about this right now?

God is just that good.

During his discussion on positive thinking, he uses the following story.

A man finds himself locked in a walk in freezer. He is convinced he will die and begins writing letters. His letters end with a final passage where he is saying he can not write anymore because his fingers are beginning to freeze. When they find him dead, not only do they find the letters but they discover that the freezer’s temperature never dropped below Thus, the man pretty much psyched himself to death.

Wow, this story really had me thinking. Is thinking that powerful?

Osteen follows up in the broadcast saying not to act on your fears. In the story used by Osteen (quoted above), the man acts on his fear by writing that letter.

Watching Joel Osteen on Oprah’s Life Class, he talks about that statement of “I am”.  Osteen says that using the “I am” statement is declaring your blessing.  Looking through the bible, Proverbs 17:22 says that this is true.

A few weeks ago at Faith Church St. Louis, Pastor David Crank was speaking about Joel Osteen’s “I Declare” book. During that service, I agreed with God, that I will use this statement instead of using “I’m not”.  I even went to twitter, using my “I Declare” statement.

I DECLARE that I am Calm and Peaceful. I will not let people or circumstances upset me any further. I will rise knowing I have God.

I DECLARE I have the grace I need today.
I am a follower of God.
I am a positive thinker.

What are your positive declarations? 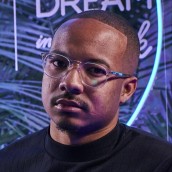